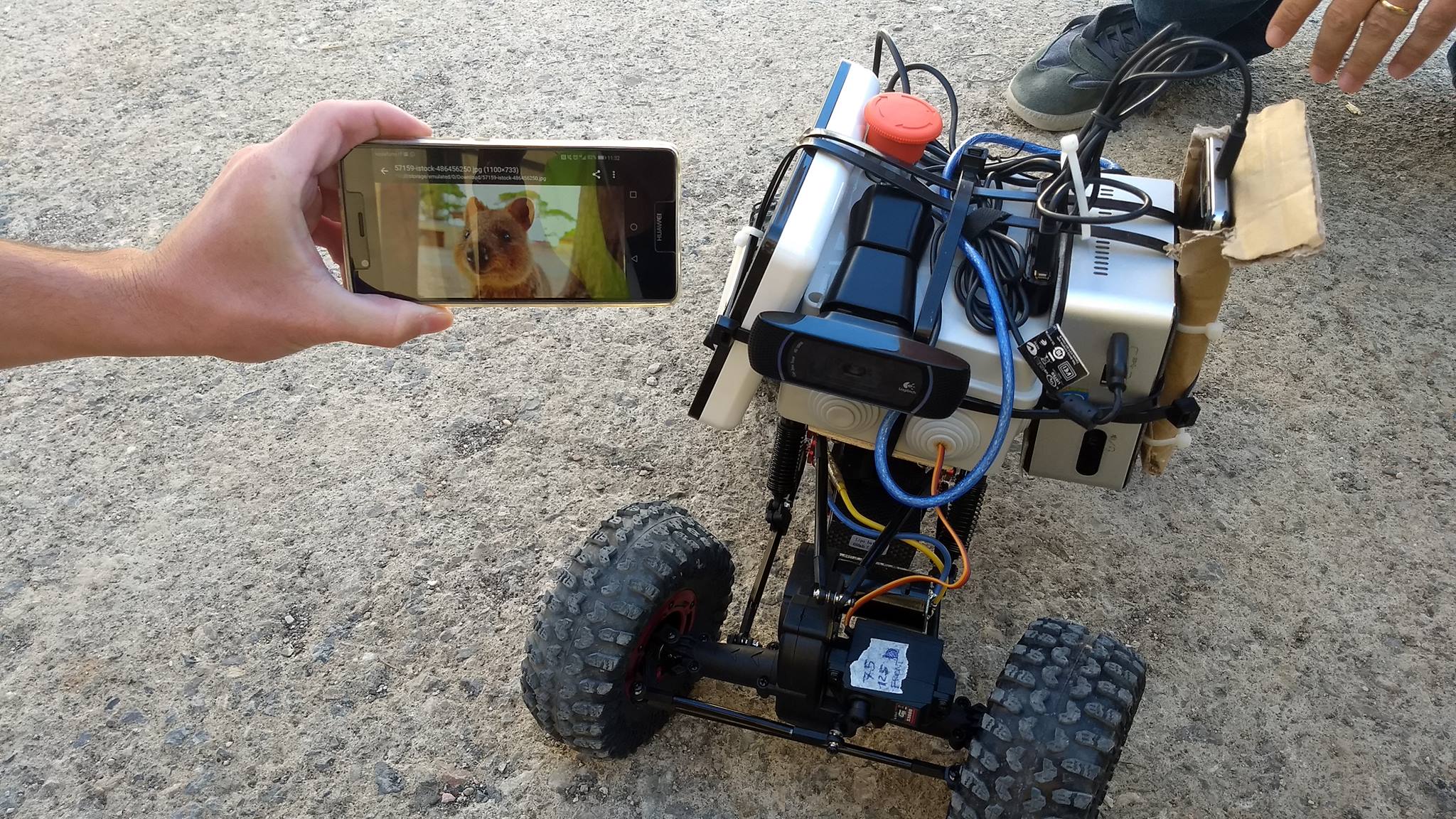 Teams worked very hard during the practice and competition days:

Robots could be found also in the exhibition area:

Or enjoying the sea:

Robotics experts held presentations and demos for the general public during the Opening Ceremony in Piazza Bovio.

The public got to know the teams,

And to see some emergency robots in action with the demo of TRADR project:

The competition site benefitted from the visit of some personalities:

We are delighted to have Bill Kirkwood from our Platinum Sponsor @ieeeoes at #ERLemergency2017. Many thanks for sponsoring us! pic.twitter.com/27zsP66Xsz

Since they are the new generation of roboticists, children were not forgotten either: they enjoyed the free classes given by Scuola di Robotica.

At the Piombino Castle, the public attended more #robotics presentations.

After days of hard work, passion and enjoyment, the winners of the Grand challenge were announced: