Page 1 of 5
1 2 3 … 5 Next »
31.03.2021
When it comes to powering mobile robots, batteries present a problematic paradox: the more energy they contain, the more they weigh, and thus the more energy the robot needs to move. Energy harvesters, like solar panels, might work for some applications, but they don't deliver power quickly or consistently enough for sustained travel.
31.03.2021
Last year, a team of biologists and computer scientists from Tufts University and the University of Vermont (UVM) created novel, tiny self-healing biological machines from frog cells called "Xenobots" that could move around, push a payload, and even exhibit collective behavior in the presence of a swarm of other Xenobots.
31.03.2021
The introduction of modern automation technology into the sensitive production areas of pharmaceutical and medical technology was rapid. However, the conditions for the entry of systems, components and robots into this sector are anything but easy to meet.
31.03.2021
While a Mars rover can explore where no person has gone before, a smaller robot at the University of the Sunshine Coast in Australia could climb to new heights by mimicking the movements of a lizard.
30.03.2021
Not long after the 1918 Spanish flu pandemic, Czech writer Karel Čapek first introduced the term "robot" to describe artificial people in his 1921 sci-fi play R.U.R. While we have not yet created the highly intelligent humanoid robots imagined by Čapek, the robots most commonly used today are complex systems that work alongside humans, assisting with an ever-expanding set of tasks.
30.03.2021
The entire face of team communications has changed, escalating the need for alternate ways to communicate with the growing mobile workforce. Internal and external communications are merging as businesses strive to reconnect with disconnected teams off-site.
29.03.2021
Boston Dynamics, the company many people know for its dog robot Spot, has unveiled a new bot targeting warehouses.
29.03.2021
Robohub Podcast · Multi-Robot Learning

In this episode, Lilly interviews Amanda Prorok, Professor of Computer Science and Technology at the University of Cambridge. Prorok discusses her research on multi-robot and multi-agent systems and learning coordination policies via Graph Neural Networks. They dig into her recent work on self-interested robots and finding explainability in emergent behavior. 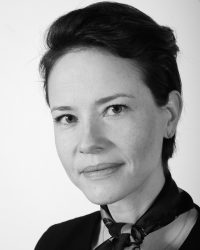 Amanda Prorok is an Assistant Professor (University Lecturer) in the Department of Computer Science and Technology, at Cambridge University, and a Fellow of Pembroke College. She serves as Associate Editor for IEEE Robotics and Automation Letters (R-AL) and Associate Editor for Autonomous Robots (AURO). Prior to joining Cambridge, Prorok was a postdoctoral researcher at the General Robotics, Automation, Sensing and Perception (GRASP) Laboratory at the University of Pennsylvania, USA, where she worked with Prof. Vijay Kumar. She completed her PhD at EPFL, Switzerland, with Prof. Alcherio Martinoli.

29.03.2021
Gold Solo Triple Twitter is an ultra-high-current servo drive, capable of delivering up to 270A/60VDC, 240A/80VDC, 210A/100VDC and 100A/200VDC. The drive delivers up to 17 kW electrical power in a compact package (EtherCAT: 152.68 cm3 or CAN: 144.32 cm3). This advanced, high power density servo drive provides top performance, advanced networking and built-in safety, as well as a fully featured motion controller and local intelligence. As part of the Gold product line, it is fully programmable with the Elmo Motion Control language. The Gold Solo Triple Twitter is available in a variety of models. There are multiple power rating options, different communication options, a number of feedback options and different I/O configuration possibilities. The Gold Solo Triple Twitter can be used in a variety of industrial applications, including medical, robotics, semiconductors and material handling fields.
29.03.2021
Stretch’s mobile base allows it to go to where repetitive box lifting is required - unloading trucks, building pallets of boxes and order building. Stretch makes warehouse operations more efficient and safer for workers.
27.03.2021

Imagine a ball. When you step closer, the ball rolls away. When you try to catch him, he escapes. This is Fizzy, an autonomous, robotic ball that is programmed to play with children. He is ambiguous, does not like to be captured but does need attention. Little wheels inside the motor make sure that the movement is unconstrained and facilitate his playful character.

In this series of articles, we take robot innovations from their test-lab and bring them to a randomly selected workplace in the outside world. It turns out that Fizzy could flourish in cafés and restaurants, where cheerful attentiveness is a much sought after quality.

‘Children learn through play’. With this truism as a starting point, researcher Boudewijn Boon was asked to enhance the benefits of play for children in care at the Máxima hospital in the south east of the Netherlands. During his research, he found that one thing is essential to playing: it has to be intuitive. This means that all structured approaches to stimulate play, must eventually lead to more unstructured and spontaneous behaviour. Such a beautiful paradox. Who would have thought that the golden idea would be in robotics?

“Children are invited to chase, explore and imagine with this robotic ball, turning a sterile and quiet hospital into a world of playing”

Boon found three core principles for initiating healthy play. First, it must spread out spatially, so kids will explore. The second imperative is for children to use their entire body. And thirdly, there is the need to introduce randomness and spontaneity in the structured environment of a hospital.

Fizzy ticks each box almost perfectly. This autonomous robotic ball does not like to be captured, so children chase after him. Sometimes he begs for attention, which can sparks hide and seek games. All this creates freedom. A big contrast with the structured life that children know during their illness. Boon says: “Children are invited to chase, explore and imagine with this robotic ball; turning a sterile and quiet hospital into a world of play”.

This application of robotics moves us. But at RoboHouse, we also know that innovation often moves in mysterious ways. Once an invention is sold in stores, people may buy it for purposes that researchers could never predict. So we took the Fizzy and traveled to a workplace, to seek out someone with a practical focus and an open mind. A professional, but outside of robotics. We asked her: “What would happen if you would use this?”.

Lisan Peddemors considers our question. She has been working as a chef for several years in a cosy little brasserie in Delft, called Barbaar. We know her from making sugar sweet blondies and beautiful beetroot-hummus-sandwiches. But today, she helps us to anticipate the future.

She would not trust a little robot to do any real cooking, she says: “Cooking is so subjective, it depends on thousands of variables whether you add some more salt”. Her first thoughts go out to all the things she would prefer to no longer do. Such as cleaning. The robot could be an excellent solution for that, with some minor adaptions. If you let it roll through soap and water first, Fizzy could clean the parts of the kitchen that Lisan can not get to. Or maybe when it is busy and there is a lot of trash, our little friend can take it out.

“Perhaps I could use it as a cheap kitchen assistant that’s never grumpy,” she says. “But then I wouldn’t have anyone to talk to.”

If the ball would truly have its own mind, it could also be a nuisance in the kitchen. Lisan explains that timing is everything. When it is busy, cooks dance around each other like a real tango. Could a robot ever fit in? But then it strikes her! The ball does not have to do everything right, it only has to sense when something is wrong.

Lisan says: “Suppose, when I’m getting something out of the cooler or have a coffee at the bar, Fizzy would give me a little notification that something is burning or a timer is done. Gently, without alarming any customers or colleagues. This cute little ball would bump against my leg and I would know I had to rush back to the kitchen!”.

Fizzy, the discreet warning system with a cute character. That’s how a restaurant chef looks at the robotic ball that Boudewijn Boon and his collaborators are developing. Where Boon sees a robot that adds spontaneity to the sterility of the hospital, Lisan sees a solution for distraction. Quite a difference, but that’s what happens when robotics enters the workplace – we are bound to be surprised, and sometimes maybe even delighted.

The post A robotic ball with playful intentions. What if you would use this? appeared first on RoboValley.

26.03.2021
Not every deployment of new robots goes smoothly. There are significant challenges to adopting any new technology, and the complexity of cutting-edge robotics means there is serious room for error when deploying industrial robots
26.03.2021
Living organisms, from bacteria to animals and humans, can perceive their environment and process, store and retrieve this information. They learn how to react to later situations using appropriate actions. A team of physicists at Leipzig University led by Professor Frank Cichos, in collaboration with colleagues at Charles University Prague, have developed a method for giving tiny artificial microswimmers a certain ability to learn using machine learning algorithms. They recently published a paper on this topic in the journal Science Robotics.
25.03.2021
Engineers at Duke University have developed an electronics-free, entirely soft robot shaped like a dragonfly that can skim across water and react to environmental conditions such as pH, temperature or the presence of oil. The proof-of-principle demonstration could be the precursor to more advanced, autonomous, long-range environmental sentinels for monitoring a wide range of potential telltale signs of problems.
25.03.2021
As life drastically changed and businesses were forced to operate in new ways, robots were not only leveraged to adapt to current circumstances, but to prepare for those to come.
Page 1 of 5
1 2 3 … 5 Next »