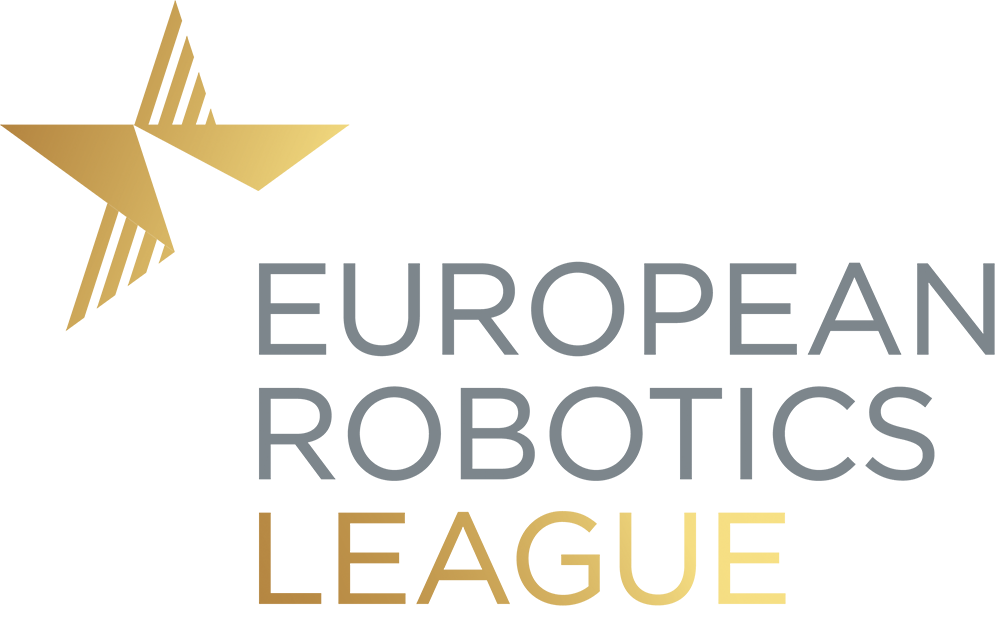 The ERL Emergency Robots 2017 competition consisted of four scenarios, inspired by the nuclear accident of Fukushima (Japan, 2011) and designed specifically for multi-domain human-robot teams. The first scenario is The Grand Challenge made up of three domains – sea, air, land, and the other three scenarios are made of only two domains.

The Awards, given for each scenario to the best performing teams, were introduced by Alan Winfield from Bristol Robotics Laboratory and ERL Emergency Coordinator. “The energy, enthusiasm and spirit of cooperation among the teams competing in ERL Emergency was amazing. We witnessed not only great performances from the teams and their robots, but also the drama and excitement of last minute field repairs and workarounds to the robots”, said Alan Winfield.

After a nuclear power plant has been struck by a potent earthquake and a tsunami, it’s time for the emergency response team to act. Due to high radiation levels, the cooperation of land, sea and air robots is essential. The robots have to find as soon as possible three missing workers and deploy an emergency kit next to them. Secondly, the robots check for any structural damage of the building and to the pipes connecting the reactor to the sea for cooling purposes. In case of damaged or leaking pipes, the corresponding valves are to be closed both in the machine room and underwater to avoid radioactive contamination. Closing the wrong valves may cause a reduction in the amount of seawater available for cooling down the reactor. 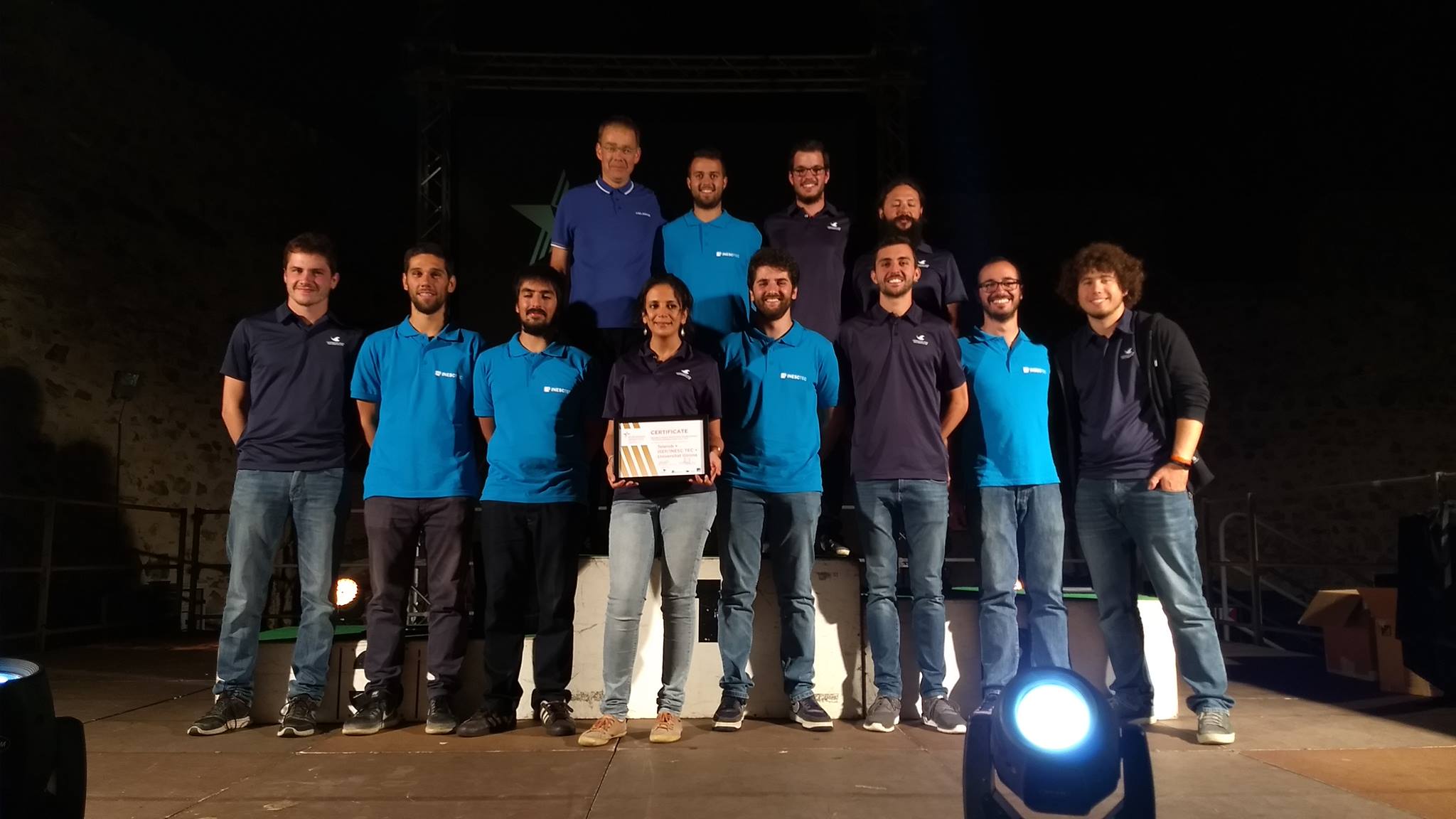 “Our underwater robot Sparus II AUV was used to create maps of the underwater environment and to autonomously detect some targets. The algorithms developed by master and PhD students and the robustness of the platform allowed us to obtain good results even in the challenging conditions of the competition. The multi-domain competition required the coordination with the other robots (land and air), which offered us a unique opportunity for testing our communication capabilities.”, said Marc Carreras from the University of Girona.

“Autonomy was showing its advantages as well as a good situational awareness. The advanced mission documentation, which was requested in the competition, enables the first responders to get a fast and reliable situational understanding to finally reach the necessary situational ownership. The ERL Emergency competition should further focus on improving the robot-human-teaming”, said Andreas Ciossek from Telerob.

“The INESC TEC participation in ERL Emergency 2017 allowed us to validate our robotics technology in a real-world scenario with a relevant social and economical impact. Furthermore, it helped raising public awareness of the role that advanced robots can play in disaster scenarios aiding human teams in critical operations, and it confirmed once again the leading role of European robotics research”, said Eduardo Silva from ISEP/INESC TEC.

Read more about their experience here. 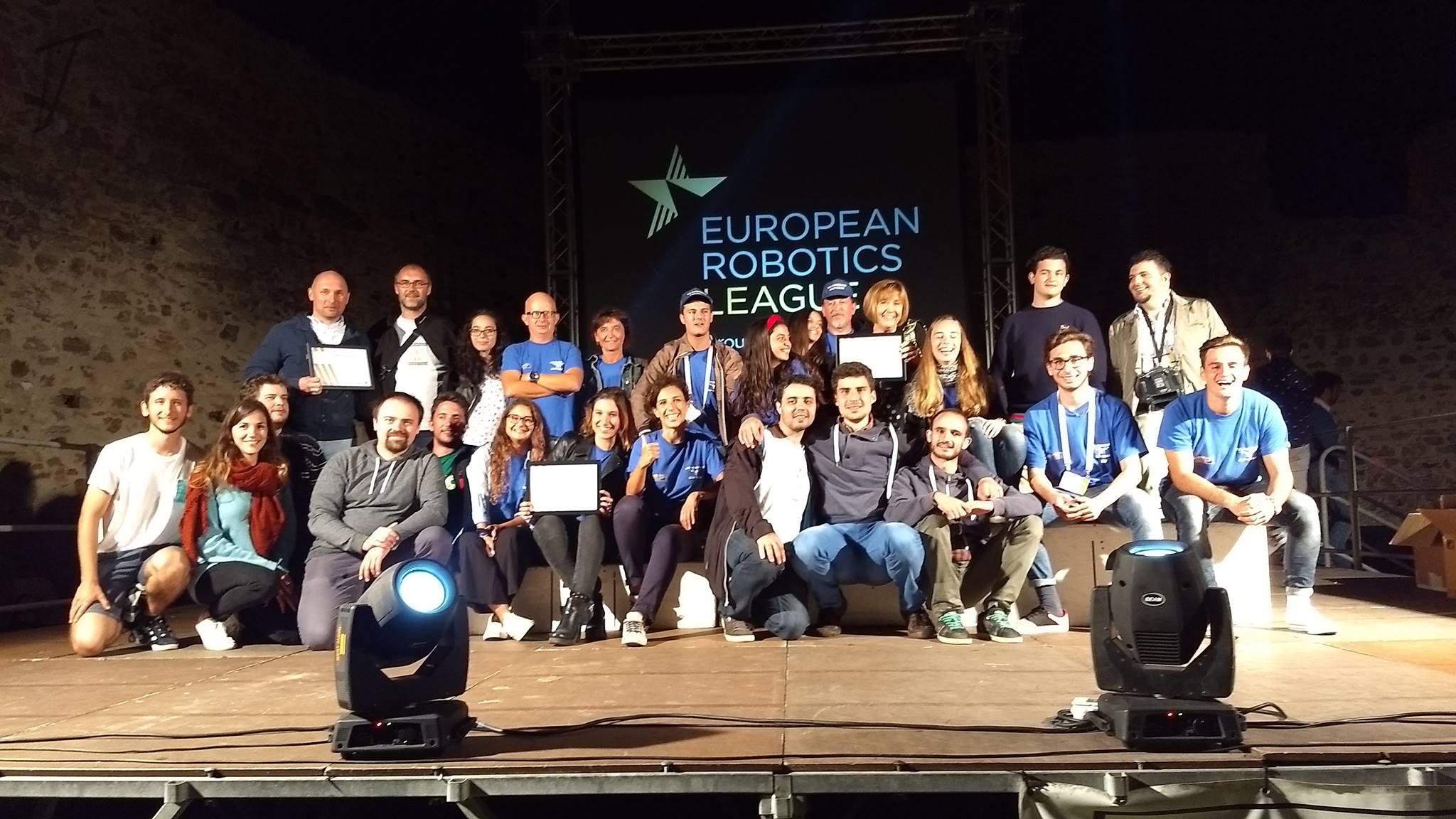 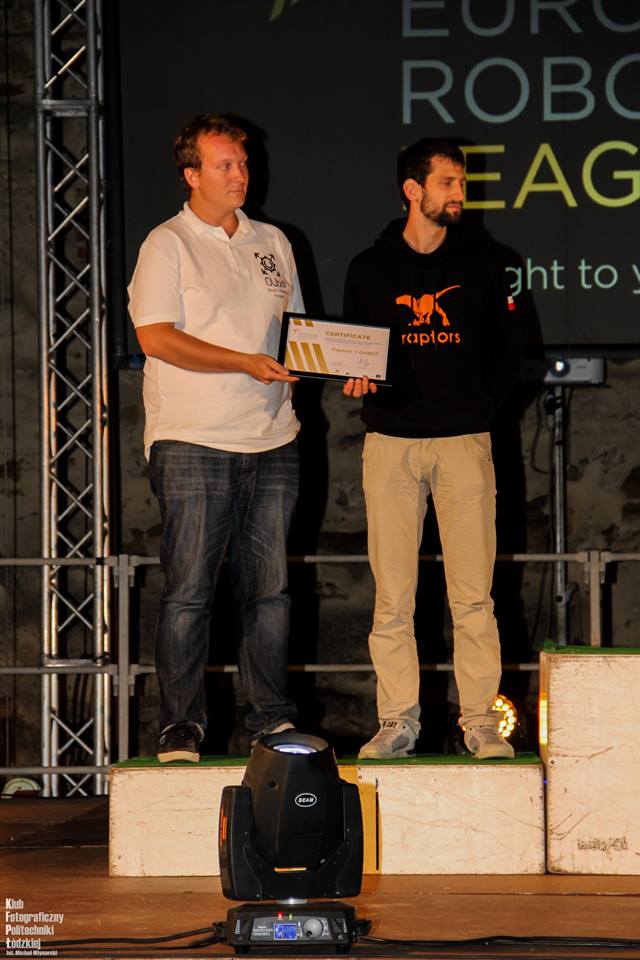 Survey the building and search for missing workers (Scenario 2: land and sea)

The ground and aerial robots perform a reconnaissance mission of the area and create a map of the surrounding area in order to increase the awareness of the emergency response team. Additionally, the robots find two missing workers outdoors and deploy first-aid kits near them. 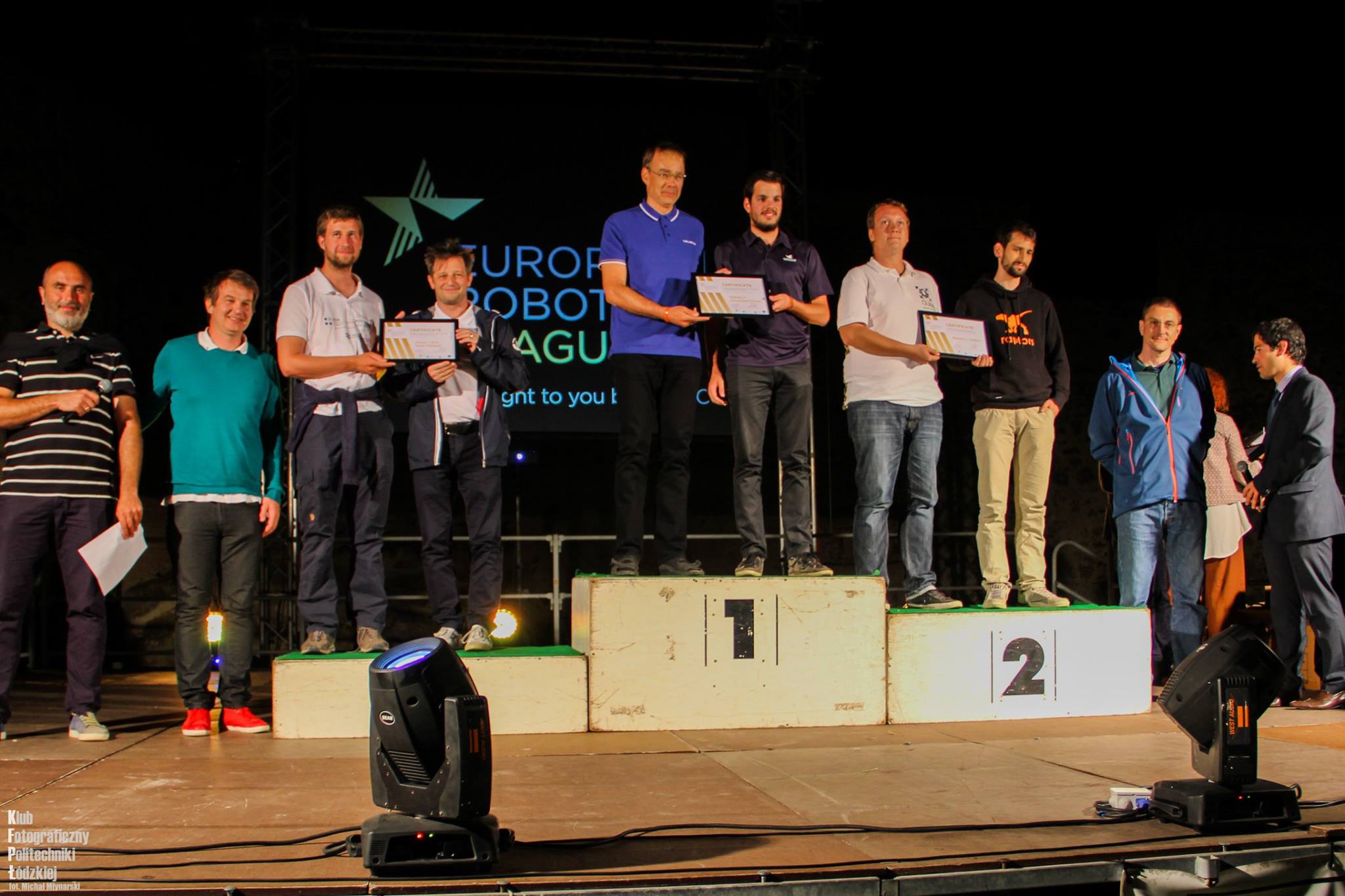 After the earthquake and tsunami, the pipes connecting the reactor to the sea might be leaking radioactive substances, therefore the emergency team has to find the damaged ones on land or underwater. Robots must find two missing workers: one outside the building, to whom an emergency kit should be deployed, and another one dragged by the tsunami to the sea, expected to be a casualty.

“Aerial robots have shown great improvements with respect to euRathlon 2015, most of them being fully operational from the first day of the competition. They have been able to quickly provide information about inaccessible areas, structural damages or other possible threats. As it happened with robots from the other two domains, aerial teams also struggled with communication issues to properly command and control their platforms. This further confirms the need for autonomous capabilities onboard the aerial robots, to become even more powerful tools for emergency response teams”, said Francisco Javier Pérez Grau from the Advanced Center for Aerospace Technologies.

The land robots have to inspect the pipes in the building’s machine room and marine robots the underwater pipes in order to close the correct valves and prevent leakage. Land and marine robots must cooperate to identify the valves and synchronize the process of closing them, by communicating directly or via their operators. 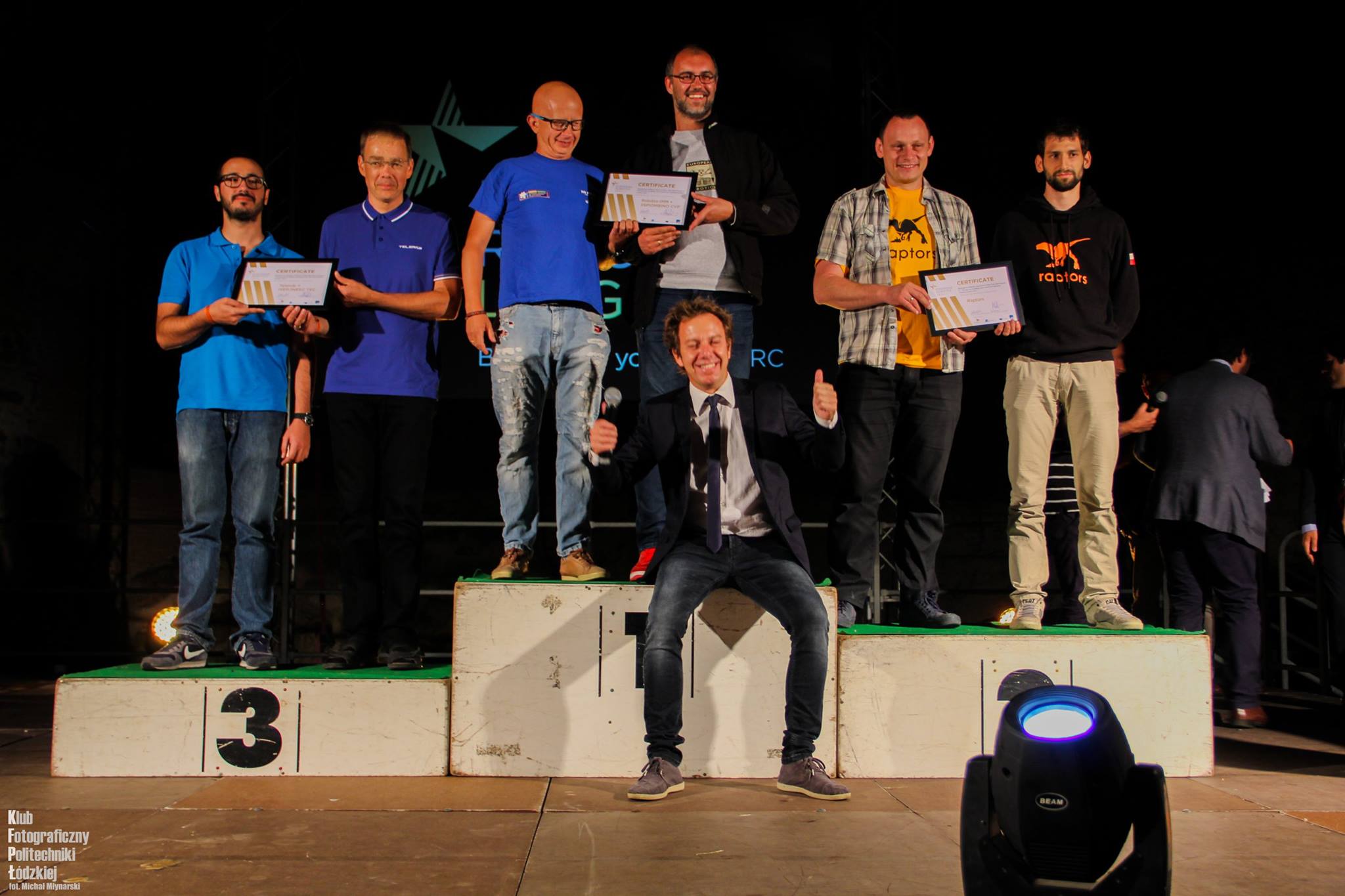 “This great event has been possible thanks to the work and effort of an amazing local organising team. Special thanks to Fausto Ferreira, the ERL Emergency 2017 Deputy Director, for his continuous support. I want to thank all the sponsors, especially our platinum sponsor IEEE OES, the project partners, referees, local associations and schools for their support. Huge thanks go to the participating teams, which were the heart of this great event. Their competitiveness pushed the robots to accomplish great results, nevertheless the competition has always been accompanied by fair play. I believe this is the perfect formula for team members to improve their professional and human skills”, said Gabriele Ferri, ERL Emergency 2017 Director.

The European Robotics League is funded by the European Union’s Horizon 2020 research and innovation programme under grant agreement n° 688441.

The ERL Emergency Robots 2017 competition was organised locally by the NATO STO-Centre for Maritime Research and Experimentation (CMRE) of La Spezia, Italy.

euRobotics is a European Commission-funded non-profit organisation which promotes robotics research and innovation for the benefit of Europe’s economy and society. It is based in Brussels and has more than 250-member organisations.