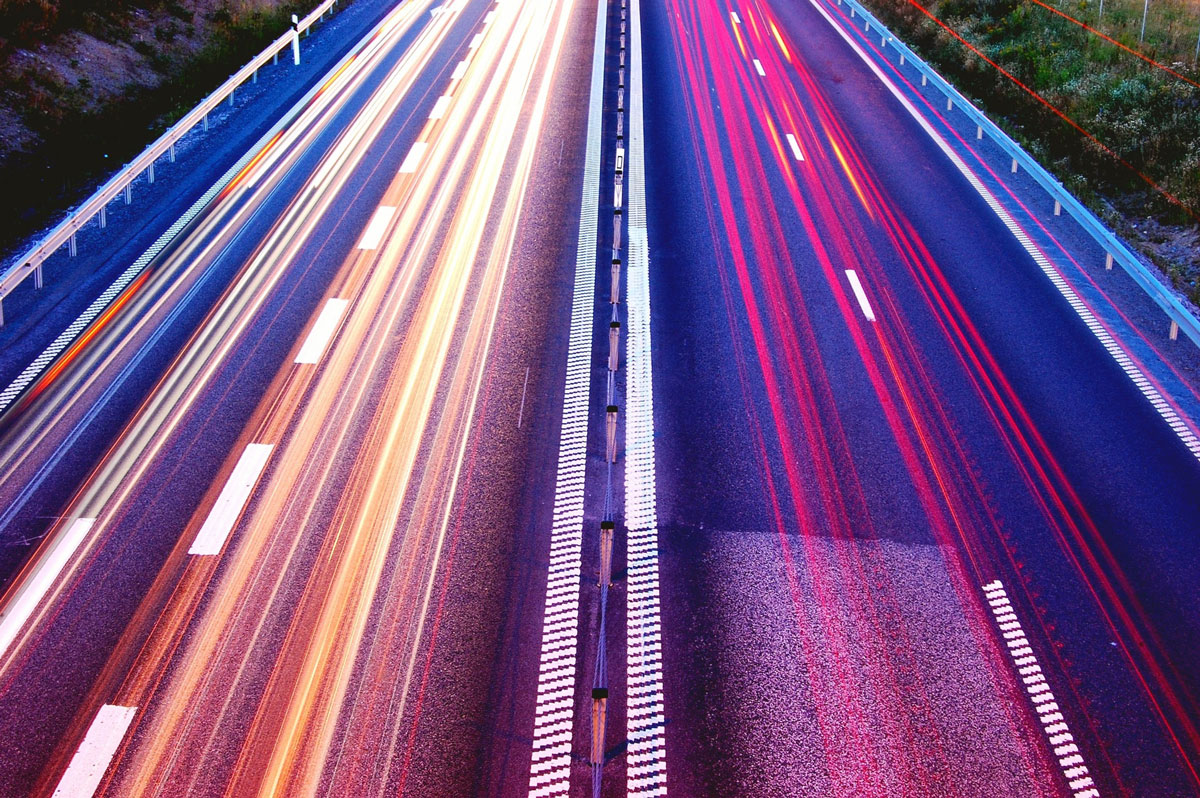 Recently Madrona Ventures, in partnership with Craig Mundie (former Microsoft CTO) released a white paper proposing an autonomous vehicle corridor between Seattle and Vancouver on I-5 and BC Highway 99. While there are some useful ideas in it, the basic concept contains some misconceptions about both traffic management, infrastructure planning, and robocars.

The proposal starts with a call for allowing robocars in the carpool lanes, and then moving to having a robocar only lane. Eventually it moves to more lanes being robocar only, and finally the whole highway. Generally I have (mostly) avoided too much talk of the all-robocar road because there are so many barriers to this that it remains very far in the future. This proposal wants to make it happen sooner, which is not necessarily bad, but it sure is difficult.

Carpool lanes are poorly understood, even by some transportation planners. For optimum traffic flow, you want to keep every lane at near capacity, but not over it. If you have a carpool lane at half-capacity, you have a serious waste of resources, because the vast majority (around 90%) of the carpools are “natural carpools” that would exist regardless of the lane perk. They are things like couples or parents with children. A half-empty carpool lane makes traffic worse for everybody but the carpoolers, for whom the trip does improve.

That’s why carpool lanes will often let in electric cars, and why “high occupancy toll” lanes let in solo drivers willing to pay a price. In particular with the HOT lane, you can set the price so you get just enough cars in the carpool lane to make it efficient, but no more.

(It is not, of course, this simple, as sometimes carpool lanes jam up because people are scared of driving next to slow moving regular lanes, and merging is problematic. Putting a barrier in helps sometimes but can also hurt. An all-robocar lane would avoid these problems, and that is a big plus.)

Letting robocars into the carpool lane can be a good idea, if you have room. If you have to push electric cars out, that may not be the best public goal, but it is a decision a highway authority could make. (If the robocars are electric, which many will be, it’s OK.)

The transition, however, from “robocars allowed” to “robocars only” for the lane is very difficult. Because you do indeed have a decent number of carpools (even if only 10% are induced) you have to kick them out at some point to grow robocar capacity. You can’t have a switch day without causing more traffic congestion for some time after it. If you are willing to build a whole new lane (as is normal for carpool creation) you can do it, but only by wasting a lot of the new lane at first.

Many are attracted to the idea that robocars can follow more closely behind another vehicle if they have faster reaction times. They also have the dream that the cars will be talking to one another, so they can form platoons that follow even more closely.) The inter car communication (V2V) creates too much computer security risk to be likely, though some still dream of a magic solution which will make it safe to have 1500kg robots exchanging complex messages with every car they randomly encounter on the road. Slightly closer following is still possible without it.

Platooning has a number of issues. It was at first popular as an idea because the lead car could be human driven. You didn’t have to solve the whole driving problem to make a platoon. Later experiments showed a number of problems, however.

To have platoons, you need cars designed with stone-shields or some other technique to stop stones from being thrown. You need a more secure (perhaps optical rather than radio) protocol for communication of only the simplest information, such as when brakes are being hit. And you must reach a safety level where the prospect of chain accidents is no longer frightening.

In any event, the benefits of packing are not binary. Rather, in a lane that is 90% robocars and 10% human, you get 90% of the benefit of a 100% robocar lane. There is no magic special benefit you get at 100% as far as packing is concerned. This is even true to some degree with the problems of erratic human drivers. Humans will brake for no good reason, and this causes traffic jams. Research shows that just a small fraction of robocars on the road who will react properly enough to this are enough to stop this from causing major traffic jams. There is actually a diminishing return from having more robocars. Traffic flow does need some gaps in it to absorb braking events, and while you could get away with fewer in an all robocar road, I am not sure that is wise. As long as you have a modest buffer, robocars trailing a human who brakes for no reason can absorb it and restore the flow as soon as the human speeds up again.

There is a big benefit to all-robocar lanes if you are willing to allow the cars in that lane to drive much faster. That’s something that can’t happen in a mixed lane. The white paper makes only one brief mention of that benefit.

Other than this, the cars don’t get any great benefit from grouping. I mean, anybody would prefer to drive with robocars, which should drive more safely and more regularly. They won’t block the lane the way human drivers do. They will tailgate you (perhaps uncomfortably so) but they will only do so when it’s safe. They could cluster together to enjoy this benefit on their own, without any need for regulations.

The danger of robocar-only lanes

One of the biggest reasons to be wary of robocar only lanes is that while this proposal does not say it, most proposals have been put forward in the belief that robocars are not safe enough to mix with regular traffic. That is true today for the prototypes, but all teams plan to make vehicles which do meet that safety goal before they ship.

Many dedicated lane proposals have essentially called for robocar operation only in the dedicated lanes, and manual driving is required in other lanes. If you declare that the vehicles are not safe without a special lane, you turn them into vehicles with a very limited domain of operation. Since the creation of new dedicated lanes will be a very long (decades long) process, it’s an incredible damper on the deployment of the technology. “Keep those things in their own special lanes” means delay those things by decades.

The white paper does not advocate this. But there is a danger that the concept will be co-opted by those who do. As long as the benefits are minor, why take that risk?

Do we need it?

In general, any plan that calls for infrastructure change or political change is risky because of the time scales involved. It is quite common for governmental authorities to draft plans that take many years or decades to solve things software teams will solve in months or even, at the basic level, in hours. We want to be always sure that there is not a software solution before we start the long and high-momentum path of infrastructure change. Even change as simple as repainting.

Most of the benefits that come from all-robocar highway lanes arrive without mandating it. The ability for greater speed is the main one that doesn’t. All this happens everywhere, without planning, and political difficulty. Banning human drivers from lanes is going to be politically difficult. Banning them from the main artery would be even harder.

For great speed, I actually think that airplanes and potentially the hyperloop provide interesting answers, at least for trips of more than 150 miles. The white paper makes a very common poor assumption — that other technologies will stand still as we move to 2040. I know this is not true. I have big hopes for better aviation, including electric planes, robotic planes and most of all, better airports that create a seamless transfer from robocar to aircraft entirely unlike the nightmare we have built today.

On the ground, while I am not a fan of existing rail technology, new technologies like hyperloop are just starting to show some promise. If it can be built, hyperloop will be faster and more energy efficient, and through the use of smaller pods rather than long trains, offer travel without a schedule.

On the plus side, a plan for robocar only lanes is not a grand one. If you can sell it politically, you don’t need to build much infrastructure. It’s just some signs and new paint.

Some other users for all-robocar lanes

Once density is high enough, I think all-robocar lanes could be useful as barriers on a highway with dynamic lane assignment. To do this, you would just have a big wide stretch of pavement, and depending on traffic demand, allocate lanes to a direction. The problem is the interface lane. We may not want human drivers to drive at 75mph with other cars going the other way just 4 feet away. Robocars, however, could drive exclusively in the two border lanes, and do it safely. They would also drive a little off-center to create a larger buffer to avoid the wind-shake of passing close. No trucks in these lanes!

In an ideal situation, you would get a lot more capacity by paving over the shoulders and median to do this. With no median, though, you still have a risk of runaway cars (even robocars) crossing into oncoming traffic. A simpler solution would be to do this on existing highways. If you have a 6 lane highway, you could allocate 4 lanes one way and 2 the other, but insist that the two border lanes be robocars only, if we trust them. A breakdown by a robocar going in the counter-direction at high speed could still be an issue. Of course, this is how undivided highways are, but they have lower speeds and traffic flow.