The advantage of four legs 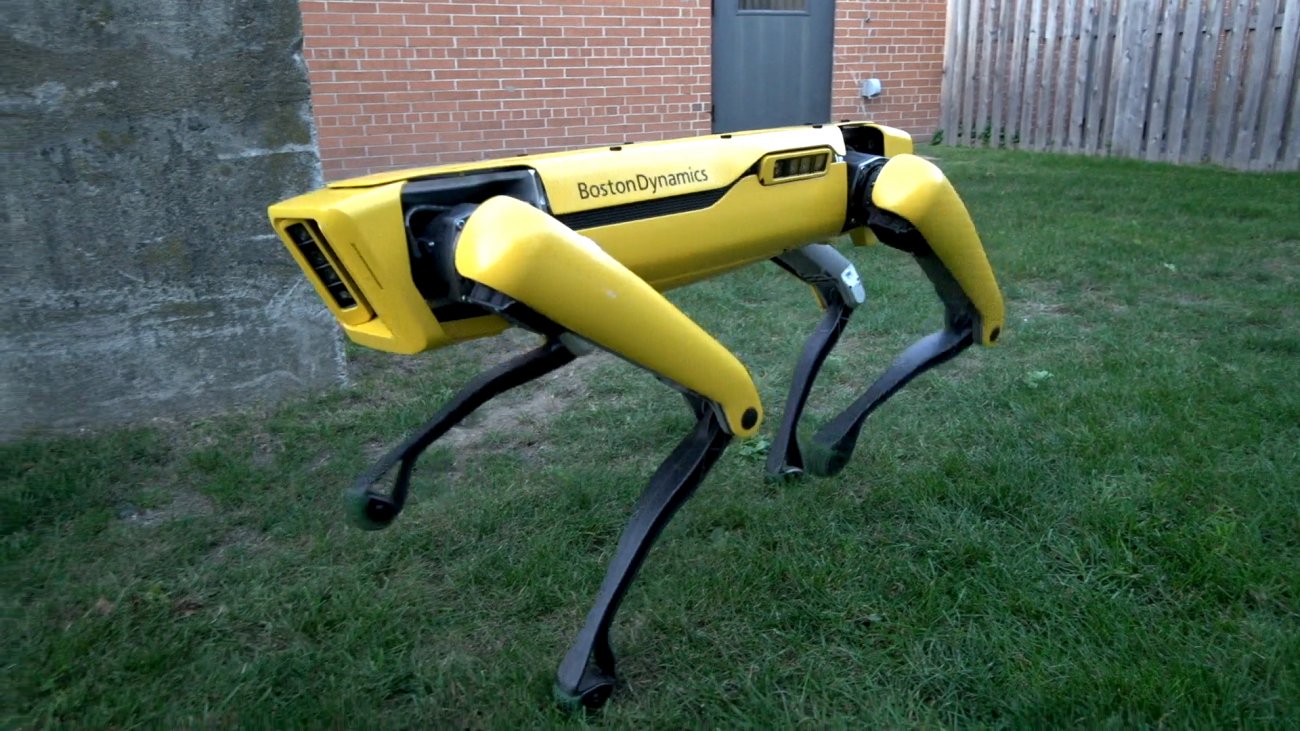 Shortly after SoftBank acquired his company last October, Marc Raibert of Boston Dynamics confessed, “I happen to believe that robotics will be bigger than the Internet.” Many sociologists regard the Internet as the single biggest societal invention since the dawn of the printing press in 1440. To fully understand Raibert’s point of view, one needs to analyze his zoo of robots which are best know for their awe-striking gait, balance and agility. The newest creation to walk out of Boston Dynamic’s lab is SpotMini, the latest evolution of mechanical canines.

Big Dog, Spot’s unnerving ancestor, first came to public view in 2009 and has racked up quite a YouTube following with more than six and one half million views. The technology of Big Dog led to the development of a menagerie of robots, including: more dogs, cats, mules, fleas and creatures that have no organic counterparts. Most of the mechanical barn is made up of four-legged beasts, with the exception of its humanoid robot (Atlas) and the bi-ped wheeled robot (Handle). Raibert’s vision of legged robotics spans several decades with his work at MIT’s Leg Lab. In 1992, Raibert spun his lab out of MIT and founded Boston Dynamics. In his words, “Our long-term goal is to make robots that have mobility, dexterity, perception and intelligence comparable to humans and animals, or perhaps exceeding them; this robot [Atlas] is a step along the way.”​ The creepiness of Raibert’s Big Dog has given way to SpotMini’s more polished look which incorporates 3D vision sensors on its head. The twenty-four second teaser video has already garnered nearly 6 million views in the few days since its release and promises viewers hungry for more pet tricks to “stay tuned.”

There are clear stability advantages to quadrupeds over other approaches (bipeds, wheels and treads/track plates) across multiple types of terrains and elevations. At Ted last year, Raibert demonstrated how his robo-pups, instead of drones and rovers, could be used for package delivery by easily ascending and descending stairs or other vertical obstacles. By navigating the physical world with an array of perceptive sensors, Boston Dynamics is really creating “data-driven hardware design” According to Raibert, “one of the cool things of a legged robot is its omnidirectional” movements, “it can go sideways, it can turn in place.” This is useful for a variety of work scenarios from logistics to warehousing to working in the most dangerous environments, such as the Fukushima nuclear site.

Boston Dynamics is not the only quadruped provider; recent upstarts have entered the market by utilizing Raibert’s research as an inspiration for their own bionic creatures. Chinese roboticist Xing Wang is unabashed in his gushing admiration for the founder of Boston Dynamics, “Marc Raibert … is my idol,” he said a recent interview with IEEE Spectrum Magazine. However, his veneration for Raibert has not stopped him from founding a competitive startup. Unitree Robotics aims to create quadruped robots that are as affordable as smartphones and drones. While Boston Dynamics has not sold its robots commercially, many have speculated that their current designs would cost hundreds of thousands of dollars. In the spirit of true flattery, Unitree’s first robot is, of course, a quadruped dog named Laikago. Wang aims to sell Laikago for under $30,000 dollars to science museums and eventually as companion robots. When comparing his product to Raibert’s, Wang said he wanted to “make quadruped robots simpler and smaller, so that they can help ordinary people with things like carrying objects or as companions.” Wang boasts of Laikago’s 3-degrees-of-freedom (forward, backward, and sideways), its ability to scale rough terrain, and pass anyone’s kick test.

In additional to omnidirectional benefits, locomotion is a big factor for quadrupedal machines. Professor Marco Hutter at ETH Zürich, Switzerland is the inventor of ANYmal, an autonomous robot built for the most rugged and challenging environments. Using its proprietary “dynamic running” locomotion, Hunter has deployed the machine successfully in multiple industrial settings, including the rigorous ARGOS Challenge (Autonomous Robot for Gas and Oil Sites). The objective of ARGOS is to develop “a new generation of autonomous robots” for the energy industry specifically capable of performing ‘dirty & dangerous’ inspection tasks, such as “detecting anomalies and intervening in emergency situations.” Unlike a static human frame or bipedal humanoid, AnyMAL is able to perform dynamic maneuvers with its four legs to find footholes blindly without the need for vision sensors. While wheeled systems literally get stuck in the mud, Hunter’s mechanical beast can work continuously: above ground, underneath the surface, falling, spinning and bouncing upright to perform a mission with precise accuracy. In addition, AnyMAL is loaded with a package of sensors which coordinate movements, map point-clouds environments, detect gas leaks, and listen for fissures in pipelines. Hunter explains that oil and gas sites are built for humans with stairs and varying elevations which make it impossible for biped or wheeled robots. However, a quadruped can use its actuators and integrated springs to efficiently move with ease within the site through dynamic balance and complex maneuver planning. These high mobility legged systems can fully rotate joints, crouch low to the earth and flip in places to create foot-holes.  In many ways they are like large insects creating their own tracks, Hunter says while biology is a source for inspiration, “we have to see what we can do better and different for robotics” and only then we can “build a machine that is better than nature.”

The idea of improving on nature is not new, Greek mythology is littered with half man/half beast demigods. Taking a page from the Greeks, Jiren Parikh imagines a world where nature is fused with machines. Parikh is the Chief Executive of Ghost Robotics, the maker of “Minitaur” the newest four-legged creation. Minitaur is smaller than SpotMini, Laikago, or AnyMAL as it is specifically designed to be a low-cost, high-performance alternative that can easily scale over or under any surface, regardless of weather, friction, or footing. In Parikh’s view, the purpose of legged devices is “to move over unstructured terrains like stairs, ladders, fences, rock fields, ice, in and under water.” Minitaur can actually “feel the environment at a much more granular level and allow for a greater degree of force control for maneuverability.” Parikh explains quads are inherently more energy efficient using force actuation and springs to store energy by alternating movements between limbs. Minitaur’s smaller frame leverages this to maneuver more easily around unstructured environments without damaging the assets on the ground. Using an analogy, Parikh compares quad solutions to other mobile methods, “while a tank in comparison is the perfect device for unstructured terrain it only works if one doesn’t care about destroying the environment.” Ghost Robotics very aware of the high value its customers place on their sites, as Parikh is planning on distributing its low-cost solution to a number of “industrial, infrastructure, mining and military verticals.” Essentially, Minitaur is a “a mobile IoT platform” regardless of the situation on the ground, indoor or outdoor. In speaking with Parikh, long term he envisions a world where Ghost Robotics is on the forefront of retail and home use cases from delivery bots to family pets. Parikh boasts, “You certainly won’t be woken up at 5 AM to go for a walk.”

The topic of autonomous robots will be discussed at the next RobotLabNYC event on November 29th @ 6pm with New York Times best selling author Dan Burstein / Millennium Technology Value Partners and Rhonda Binda of Venture Smarter, formerly with the Obama Administration.