An emotional year for machines 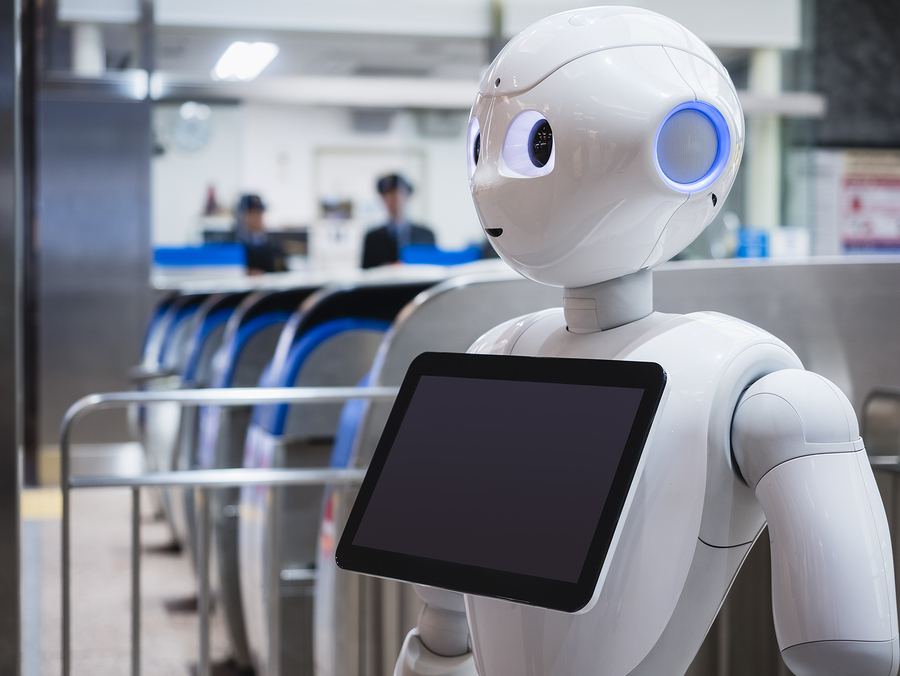 Two thousand seventeen certainly has been an emotional year for mankind. While homo sapiens continue to yell at Alexa and Siri, the actuality of people’s willingness to pursue virtual relationships over human ones is startling.

In a recent documentary by Channel 4 of the United Kingdom, it was revealed that Abyss Creations is flooded with pre-orders for its RealDoll AI robotic (intimate) companion. According to Matt McMullen, Chief Executive of Abyss, “With the Harmony AI, they will be able to actually create these personalities instead of having to imagine them. They will be able to talk to their dolls, and the AI will learn about them over time through these interactions, thus creating an alternative form of relationship.”

“There’s research showing that if you’re smiling and waving or shrugging your shoulders, that’s 55% of the value of what you’re saying – and then another 38% is in your tone of voice,” describes el Kaliouby. “Only 7% is in the actual choice of words you’re saying, so if you think about it like that, in the existing sentiment analysis market which looks at keywords and works out which specific words are being used on Twitter, you’re only capturing 7% of how humans communicate emotion, and the rest is basically lost in cyberspace.” Affectiva’s strategy is already paying off as more than one thousand global brands are employing their “Emotion AI” to analyze facial imagery to ascertain people’s affinity towards their products.

Embedding empathy into machines goes beyond advertising campaigns. In healthcare, emotional sensors are informing doctors of the early warning signs of a variety of disorders, including: Parkinson’s, heart disease, suicide and autism. Unlike Affectiva’s, Beyond Verbal is utilizing voice analytics to track biomarkers for chronic illness. The Israeli startup grew out of a decade and half of University research with seventy thousand clinical subjects speaking thirty languages. The company’s patented “Mood Detector” is currently being deployed by the Mayo Clinic to detect early on signs of coronary artery disease.

Beyond Verbal’s Chief Executive, Yuval Mor, foresees a world of empathetic smart machines listening for every human whim. As Mor explains, “We envision a world in which personal devices understand our emotions and wellbeing, enabling us to become more in tune with ourselves and the messages we communicate to our peers.” Mor’s view is embraced by many who sit in the center of the convergence of technology and healthcare. Boston-based Sonde is also using algorithms to analyze the tone of speech to report on the mental state of patients by alerting neurologists of the risk of depression, concussion, and other cognitive impairments.

“When you produce speech, it’s one of the most complex biological functions that we do as people,” according to Sonde founder Jim Harper. “It requires incredible coordination of multiple brain circuits, large areas of the brain, coordinated very closely with the musculoskeletal systemWhat we’ve learned is that changes in the physiological state associated with each of these systems can be reflected in measurable, objective features that are acoustics in the voice. So we’re really measuring not what people are saying, in the way Siri does, we’re focusing on how you’re saying what you’re saying and that gives us a path to really be able to do pervasive monitoring that can still provide strong privacy and security.”

While these AI companies are building software and app platforms to augment human diagnosis, many roboticists are looking to embed such platforms into the next generation of unmanned systems. Emotional tracking algorithms can provide real-time monitoring for semi and autonomous cars by reporting on the level of fatigue, distraction and frustration of the driver and its occupants. The National Highway Traffic Safety Administration estimates that 100,000 crashes nationwide are caused every year by driver fatigue. For more than a decade technologists have been wrestling with developing better alert systems inside the cabin. For example, in 1997 James Russell Clarke and Phyllis Maurer Clarke developed a “Sleep Detection and Driver Alert Apparatus” (US Patent: 5689241 A) using imaging to track eye movements and thermal sensors to monitor “ambient temperatures around the facial areas of the nose and mouth” (a.k.a., breathing). Today with the advent of cloud computing and deep learning networks, Clarke’s invention could possibly save even more lives.

Tarek El Dokor, founder and Cheif Executive, of EDGE3 Technologies has been very concerned about the car industry’s rush towards autonomous driving, which in his opinion might be “side-stepping the proper technology development path and overlooking essential technologies needed to help us get there.” El Doker is referring to Tesla’s rush to release its autopilot software last year that led to customers trusting the computer system too much. YouTube is littered with videos of Tesla customers taking their hands and eyes off the road to watch movies, play games and read books. Ultimately, this user abuse led to the untimely death of Joshua Brown.

To protect against autopilot accidents, EDGE3 monitors driver alertness through a combined platform of hardware and software technologies of “in-cabin cameras that are monitoring drivers and where they are looking.” In El Dokor’s opinion, image processing is the key to guaranteeing a safe handoff between machines and humans. He boasts that his system combines, “visual input from the in-cabin camera(s) with input from the car’s telematics and advanced driver-assistance system (ADAS) to determine an overall cognitive load on the driver. Level 3 (limited self-driving) cars of the future will learn about an individual’s driving behaviors, patterns, and unique characteristics. With a baseline of knowledge, the vehicle can then identify abnormal behaviors and equate them to various dangerous events, stressors, or distractions. Driver monitoring isn’t simply about a vision system, but is rather an advanced multi-sensor learning system.” This multi-sensor approach is even being used before cars leave the lot. In Japan, Sumitomo Mitsui Auto Service is embedding AI platforms inside dashcams to determine driver safety of potential lessors during test drives. By partnering with a local 3D graphics company, Digital Media Professionals, Sumitomo Mitsui is automatically flagging dangerous behavior, such as dozing and texting, before customers drive home.

The key to the mass adoption of autonomous vehicles, and even humanoids, is reducing the friction between humans and machines. Already in Japanese retail settings Softbank’s Pepper robot scans people’s faces and listens to tonal inflections to determine correct selling strategies. Emotional AI software is the first step of many that will be heralded in the coming year. As a prelude to what’s to come, first robot citizen Sophia declared last month, “The future is, when I get all of my cool superpowers, we’re going to see artificial intelligence personalities become entities in their own rights. We’re going to see family robots, either in the form of, sort of, digitally animated companions, humanoid helpers, friends, assistants and everything in between.”