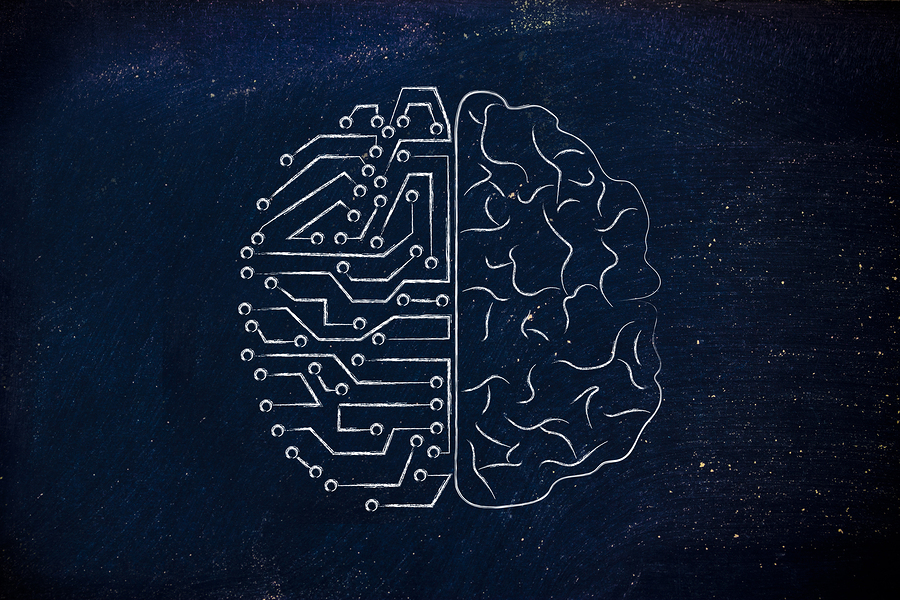 It’s called the “grain,” a small IoT device implanted into the back of people’s skulls to record their memories. Human experiences are simply played back on “redo mode” using a smart button remote. The technology promises to reduce crime, terrorism and simplify human relationships with greater transparency. While this is a description of Netflix’s Black Mirror episode, “The Entire History of You,” in reality the concept is not as far-fetched as it may seem. This week life came closer to imitating art with the $19 million grant by the US Department of Defense to a group of six universities to begin work on “neurograins.”

In the past, Brian Computer Interfaces (BCIs) have utilized wearable technologies, such as headbands and helmets, to control robots, machines and various household appliances for people with severe disabilities. This new DARPA grant is focused on developing a “cortical intranet” for uplinks and downlinks directly to the cerebral cortex, potentially taking mind control to the next level. According to lead researcher Arto Nurmikko of Brown University, “What we’re developing is essentially a micro-scale wireless network in the brain enabling us to communicate directly with neurons on a scale that hasn’t previously been possible.”

Nurmikko boasts of the numerous medicinal outcomes of the research, “The understanding of the brain we can get from such a system will hopefully lead to new therapeutic strategies involving neural stimulation of the brain, which we can implement with this new neurotechnology.” The technology being developed by Nurmikko’s international team will eventually create a wireless neural communication platform that will be able to record and stimulate brian activity at an unprecedented level of detail and precision. This will be accomplished by implanting a mesh network of tens of thousands of granular micro-devices into a person’s cranium. The surgeons will place this layer of neurograins around the cerebral cortex that will be controlled by a nearby electronic patch just below a person’s skin.

In describing how it will work, Nurmikko explains, “We aim to be able to read out from the brain how it processes, for example, the difference between touching a smooth, soft surface and a rough, hard one and then apply microscale electrical stimulation directly to the brain to create proxies of such sensation. Similarly, we aim to advance our understanding of how the brain processes and makes sense of the many complex sounds we listen to every day, which guide our vocal communication in a conversation and stimulate the brain to directly experience such sounds.”

Nurmikko further describes, “We need to make the neurograins small enough to be minimally invasive but with extraordinary technical sophistication, which will require state-of-the-art microscale semiconductor technology. Additionally, we have the challenge of developing the wireless external hub that can process the signals generated by large populations of spatially distributed neurograins at the same time.”

While current BCIs are able to process the activity of 100 neurons at once, Nurmikko’s  objective is to work at a level of 100,000 simultaneous inputs. “When you increase the number of neurons tenfold, you increase the amount of data you need to manage by much more than that because the brain operates through nested and interconnected circuits,” Nurmikko remarks. “So this becomes an enormous big data problem for which we’ll need to develop new computational neuroscience tools.” The researchers plan to first test their theory in the sensory and auditory functions of mammals.

Brain-Computer Interfaces is one of the fastest growing areas of healthcare technologies; while today it is valued at just under a billion dollars, it is forecasted to grow to $2 billion in the next five years. According to the report, the uptick in the market will be driven by an estimated increase in treating aging, fatal diseases and people with disabilities. The funder of Nurmikko’s project is DARPA’s Neural Engineering System Design program, which was formed to treat injured military personnel by “creating novel hardware and algorithms to understand how various forms of neural sensing and actuation might improve restorative therapeutic outcomes.” While DARPA’s project will provide numerous discoveries that will improve the quality of life for society’s most vulnerable, it also opens a Pandora’s box of ethical issues with the prospect of the US military potentially funding armies of cyborgs.

In response to rising ethical concerns, last month ethicists from the University of Basel in Switzerland drafted a new biosecurity framework for research in neurotechnology. The biggest concern expressed in the report was the implementation of “dual-use” technologies that have both military and medical benefits. The ethicists called for a complete ban on such innovations and strongly recommended fast tracking regulations to protect “the mental privacy and integrity of humans,”

The ethicists raise important questions about taking grant money from groups like DARPA, as “This military research has raised concern about the risks associated with the weaponization of neurotechnology, sparking a debate about controversial questions: Is it legitimate to conduct military research on brain technology? And how should policy-makers regulate dual-use neurotechnology?” The suggested framework reads like a science fiction novel, “This has resulted in a rapid growth in brain technology prototypes aimed at modulating the emotions, cognition, and behavior of soldiers. These include neurotechnological applications for deception detection and interrogation as well as brain-computer interfaces for military purposes.” However, one is reminded of the fact that the development of BCIs is moving more quickly than public policy is able to debate its merits.

The framework’s lead author Marcello Ienca of Basel’s Institute for Biomedical Ethics understands the tremendous positive benefits of BCIs for a global aging population, especially for people suffering from Alzheimer’s and spinal cord injuries. In fact, the Swiss team calls for increased private investment of these neurotechnologies, not an outright prohibition. At the same time, Ienca stresses that in order to protect against misuse, such as brain manipulation by nefarious global actors, it is critical to raise awareness and debate surrounding the ethical issues of implanting neurograins into populations of humans. In an interview with the Guardian last year, Ienca summed up his concern very succinctly by saying, “The information in our brains should be entitled to special protections in this era of ever-evolving technology. When that goes, everything goes.”

In the spirit of open debate our next RobotLab forum will be on “The Future of Robotic Medicine” with Dr. Joel Stein of Columbia University and Kate Merton of JLabs on March 6th @ 6pm in New York City, RSVP.