In a basement of New York University in 2013, Dr. Sergei Lupashin wowed the room of one hundred leading technology enthusiasts with one of the first indoor Unmanned Aerial Vehicle (UAV) demonstrations. During his presentation, Dr. Lupashin of ETH Zurich  attached a dog leash to an aerial drone while declaring to the audience, “there has to be another way” of flying robots safely around people. Lupashin’s creativity eventually led to the invention of Fotokite and one of the most successful Indiegogo campaigns.

Since Lupashin’s demo, there are now close to a hundred providers of drones on leashes from innovative startups to aftermarket solutions in order to restrain unmanned flying vehicles. Probably the best known enterprise solution is CyPhy Works which has raised more than $30 million. Last August, during President Trump’s visit to his Golf Course in New Jersey, the Department of Homeland Security (DHS) deployed CyPhy’s tethered drones to patrol the permitter. In a statement by DHS about their “spy in the sky program,” the agency explained: “The Proof of Concept will help determine the potential future use of tethered Unmanned Aircraft System (sUAS) in supporting the Agency’s protective mission. The tethered sUAS used in the Proof of Concept is operated using a microfilament tether that provides power to the aircraft and the secure video from the aircraft to the Operator Control Unit (OCU).” CyPhy’s systems are currently being utilized to provide a birdseye view to police departments and military units for a number of high profile missions, including the Boston Marathon.

Fotokite, CyPhy and others have proved that tethered machines offer huge advantages from traditional remote controlled or autonomous UAVs, by removing regulatory, battery and payload restrictions from lengthy missions. This past week Genius NY, the largest unmanned systems accelerator, awarded one million dollars to Fotokite for its latest enterprise line of leashed drones. The company clinched the competition after demonstrating how its drones can fly for up to twenty-four hours continuously providing real-time video feed autonomously and safely above large population centers. Fotokite’s Chief Executive, Chris McCall, announced that the funds will be utilized to fulfill a contract with one of the largest fire truck manufacturers in the United States. “We’re building an add-on to fire and rescue vehicles and public safety vehicles to be added on top of for instance a fire truck. And then a firefighter is able to pull up to an emergency scene, push a button and up on top of the fire truck this box opens up, a Fotokite flies up and starts live streaming thermal and normal video down to all the firefighters on the ground,” boasted McCall.

Fotokite is not the only kite drone company marketing to fire fighters, Latvian-born startup Aerones is attaching firehoses to its massive multi-rotor unmanned aerial vehicles. Aerones claims to have successfully built a rapid response UAV that can climb up to a thousand feet within six minutes to extinguish fires from the air. This enables first responders to have a reach of close to ten times more than traditional fire ladders. The Y Combinator startup offers municipalities two models: a twenty-eight propeller version that can carry up to 441 pounds to a height of 984 feet and a thirty-six propeller version that ferriess over 650 pounds of equipment to ascend over 1,600 feet. However, immediate interest for the Aerones solution is coming from industrial clients such as wind farms. “Over the last two months, we’ve been very actively talking to wind turbine owners,” says Janis Putrams, CEO of Aerones. “We have lots of interest and letters of intent in Texas, Spain, Turkey, South America for wind turbine cleaning. And in places like Canada, the Nordic and Europe for de-icing. If the weather is close to freezing, ice builds up, and they have to stop the turbine.” TechCrunch reported last March that the company moved its sales operations to Silicon Valley.

The emergency response industry is also looking to other aerial solutions to tackle its most difficult challenges. For over a year, Zipline has been successfully delivering blood for critical transfusions to the most remote areas of Africa. The company announced earlier this month that it has filed with the FAA to begin testing later this year in America. This is welcome news for the USA’s rural health centers which are straddled with exploding costs, staff shortages and crippling infrastructure. In a Fast Company article about Zipline, the magazine reported that “Nearly half of rural providers already have a negative operating margin. As rural residents–who tend to be sicker than the rest of the country–have to rely on the smaller clinics that remain, drones could ensure that those clinics have access to necessary supplies. Blood products spoil quickly, and outside major hospitals, it’s common not to have the right blood on hand for a procedure. Using the drones would be faster, cheaper, and more reliable than delivering the supplies in a van or car.”

Keller Rinaudo, Zipline’s Chief Executive, describes, “There’s a lot that [the U.S.] can be doing better. And that’s what we think is ultimately the promise of future logistics and automated logistics. It’s not delivering tennis shoes or pizza to someone’s backyard. It’s providing universal access to healthcare when people need it the most.”

To date, Zipline has flown over 200,000 miles autonomously delivering 7,000 units of blood throughout Rwanda. To prepare for its US launch, the company re-engineered its entire platform to bolster its delivery capabilities. Rinaudo explains, “In larger countries, you’re going to need distribution centers and logistics systems that are capable of doing millions of deliveries a day rather than hundreds or thousands.” The new UAV is a small fixed-wing plane called the Zip that can soar close to 80 miles per hour enabling life-saving supplies such as blood, organ donations or vaccines to be delivered in a matter of minutes. 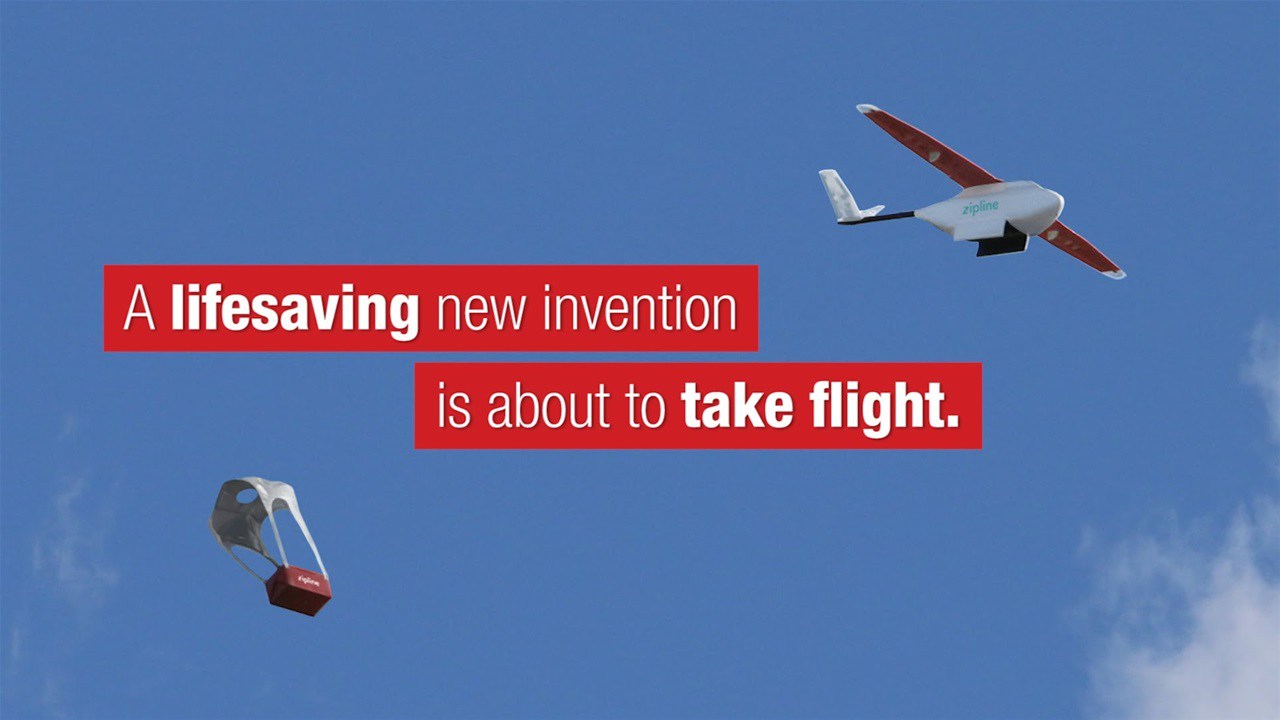 As I prepare to speak at Xponetial 2018 next month, I am inspired by these innovators who turn their mechanical inventions into life-saving solutions. Many would encourage Rinaudo and others to focus their energies on the seemingly more profitable  sectors such as e-commerce delivery and industrial inspections. However, Rinaudo retorts that “Healthcare logistics is a way bigger market and a way bigger problem than most people realize. Globally it’s a $70 billion industry. The reality is that there are billions of people who do not have reliable access to healthcare and a big part of that is logistics. As a result of that, 5.2 million kids die every year due to lack of access to basic medical products. So Zipline’s not in a rush to bite off a bigger problem than that.”

The topic of utilizing life-saving technology will be discussed at the next RobotLab event on “The Politics Of Automation,” with Democratic Presidential Candidate Andrew Yang and New York Assemblyman Clyde Vanel on June 13th @ 6pm in NYC – RSVP Today!