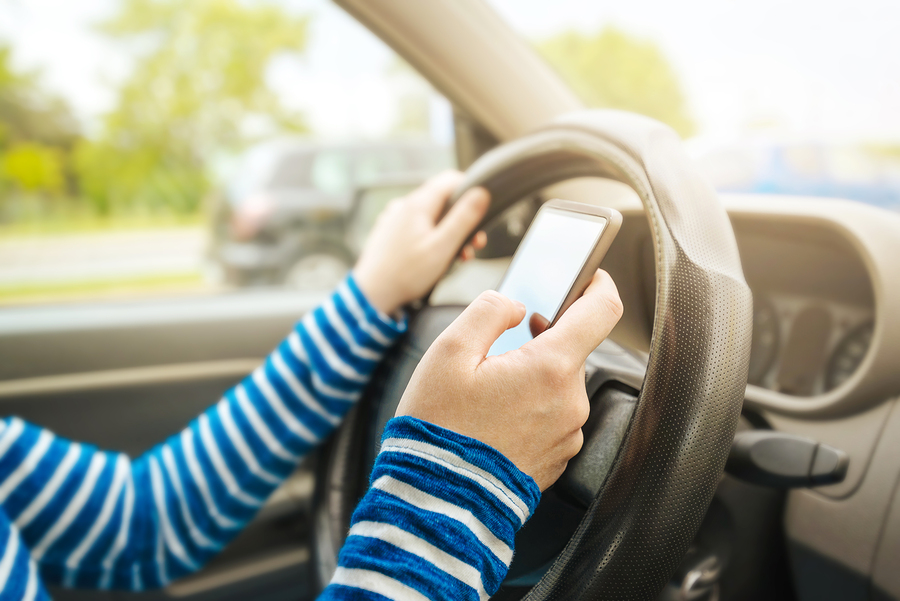 The Tempe police released a detailed report on their investigation of Uber’s fatality. I am on the road and have not had time to read it, but the big point, reported in many press was that the safety driver was, according to logs from her phone accounts, watching the show “The Voice” via Hulu on her phone just shortly before the incident.

This is at odds with earlier statements in the NTSB report, that she had been looking at the status console of the Uber self-drive system, and had not been using her phones. The report further said that Uber asked its safety drivers to observe the console and make notes on things seen on it. It appears the safety driver lied, and may have tried to implicate Uber in doing so.

Obviously attempting to watch a TV show while you are monitoring a car is unacceptable, presumably negligent behaviour. More interesting is what this means for Uber and other companies.

The first question — did Uber still instruct safety drivers to look at the monitors and make note of problems? That is a normal instruction for a software operator when there are two crew in the car, as most companies have. At first, we presumed that perhaps Uber had forgotten to alter this instruction when it went form 2 crew to 1. Perhaps the safety driver just used that as an excuse for her looking down since she felt she could not admit to watching TV. (She probably didn’t realize police would get logs from Hulu.)

If Uber still did that, it’s an error on their part, but now seems to play no role in this incident. That’s positive legal news for Uber.

It is true that if you had two people in the car, it’s highly unlikely the safety driver behind the wheel would be watching a TV show. It’s also true that if Uber had attention monitoring on the safety driver, it also would have made it harder to pull a stunt like that. Not all teams have attention monitoring, though after this incident I believe that most, including Uber, are putting it in. It might be argued that if Uber did require drivers to check the monitors, this might have somehow encouraged the safety driver’s negligent decision to watch TV, but that’s a stretch. I think any reasonable person is going to know this is not a job where you do that.

There may be some question regarding if a person with such bad judgement should have been cleared to be a safety driver. Uber may face some scrutiny for that bad choice. They may also face scrutiny if their training and job evaluation process for the safety drivers was clearly negligent. On the other hand, human employees are human, and if there’s not a pattern, it is less likely to create legal trouble for Uber.

From the standpoint of the Robocar industry, it makes the incident no less tragic, but less informative about robocar accidents. Accidents are caused every day because people allow themselves ridiculously unsafe distractions on their phones. This one is still special, but less so than we thought. While the issue of whether today’s limited systems (like the Tesla) generate too much driver complacency is still there, this was somebody being paid not to be complacent. The lessons we already knew — have 2 drivers, have driver attention monitoring — are still the same.

A number of press stories on the event have said that Uber “disabled” the emergency braking, and this also played a role in the fatality. That’s partly true but is very misleading vocabulary. The reality appears to be that Uber doesn’t have a working emergency braking capability in their system, and as such it is not enabled. That’s different from the idea that they have one and disabled it, which sounds much more like an ill act.

Uber’s system, like all systems, sometimes decides suddenly that there is an obstacle in front of the car for which it should brake when that obstacle is not really there. This is called a “false positive” or “ghost.” When this happens well in advance, it’s OK to have the car apply the brakes in a modest way, and then release them when it becomes clear it’s a ghost. However, if the ghost is so close that it would require full-hard braking, this creates a problem. If a car frequently does full-hard braking for ghosts, it is not only jarring, it can be dangerous, both for occupants of the car, and for cars following a little too closely behind — which sadly is the reality of driving.

As such, an emergency braking decision algorithm which hard brakes for ghosts is not a working system. You can’t turn it on safety, and so you don’t. Which is different from disabling it. While the Uber software did decide 2 seconds out that there was an obstacle that required a hard brake, it decides that out of the blue too often to be trusted with that decision. The decision is left to the safety driver — who should not be watching TV.

That does not mean Uber could not have done this much better. The car should still have done moderate braking, which would reduce the severity of any real accident and also wake up any inattentive safety driver. An audible alert should also have been present. Earlier, I speculated that if the driver was looking at the console, this sort of false positive incident would very likely have been there, so it was odd she did not see it, but it turns out she was not looking there.

The Volvo also has an emergency braking system. That system was indeed disabled — it is normally for any ADAS functions built into the cars to be disabled when used as prototype robocars. You are building something better, and you can’t have them competing. The Volvo system does not brake too often for ghosts, but that’s because it also doesn’t brake for real things far too often for a robocar system. Any ADAS system will be tuned that way because the driver is still responsible for driving. Teslas have been notoriously plowing into road barriers and trucks due to this ADAS style of tuning. It’s why a real robocar is much harder than the Tesla autopilot.

I’ve been on the road, so I have not reported on it, but the general news has been quite impressive. In particular, Waymo announced the order of 63,000 Chrysler minivans of the type they use in their Phoenix area tests. They are going beyond a pilot project to real deployment, and soon. Nobody else is close. This will add to around 20,000 Jaguar electric vehicles presumably aimed at a more luxury ride — though I actually think the minivan with its big doors, large interior space and high ride may well be more pleasant for most trips. The electric Jaguar will be more efficient.