#270: A Mathematical Approach To Robot Ethics, with Robert Williamson

In this episode, Audrow Nash interviews Robert Williamson, a Professor at the Australian National University, who speaks about a mathematical approach to ethics. This approach can get us started implementing robots that behave ethically. Williamson goes through his logical derivation of a mathematical formulation of ethics and then talks about the cost of fairness. In making his derivation, he relates bureaucracy to an algorithm. He wraps up by talking about how to work ethically. 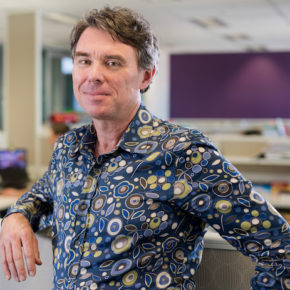 Robert (Bob) Williamson is a professor in the research school of computer science at Australian National University. Until recently he was the chief scientist of DATA61, where he continues as a distinguished researcher. He served as scientific director and (briefly) CEO of NICTA, and lead its machine learning research group. His research is focussed on machine learning. He is the lead author of the ACOLA report Technology and Australia’s Future. He obtained his PhD in electrical engineering from the university of Queensland in 1990. He is a fellow of the Australian Academy of Science.