#299: On the Novelty Effect in Human-Robot Interaction, with Catharina Vesterager Smedegaard

In this episode, we take a closer look at the effect of novelty in human-robot interaction. Novelty is the quality of being new or unusual.

The typical view is that while something is new, or “a novelty”, it will initially make us behave differently than we would normally. But over time, as the novelty wears off, we will likely return to our regular behaviors. For example, a new robot may cause a person to behave differently initially, as its introduced into the person’s life, but after some time, the robot won’t be as exciting, novel and motivating, and the person might return to their previous behavioral patterns, interacting less with the robot.

To find out more about the concept of novelty in human-robot interactions, our interviewer Audrow caught up with Catharina Vesterager Smedegaard, a PhD-student at Aarhus University in Denmark, whose field of study is Philosophy.

Catharina sees novelty differently to how we typically see it. She thinks of it as projecting what we don’t know onto what we already know, which has implications for how human-robot interactions are designed and researched. She also speaks about her experience in philosophy more generally, and gives us advice on philosophical thinking. 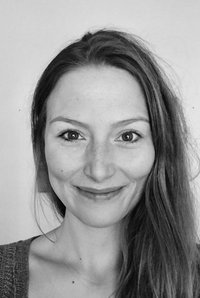 Catharina Vesterager Smedegaard started as a PhD-student the 1st of December 2017. She has a BA and MA in philosophy. In autumn 2015, Catharina interned at the research group PENSOR (the present RUR), where she first became interested in Social Robotics and formed the idea for her MA thesis.