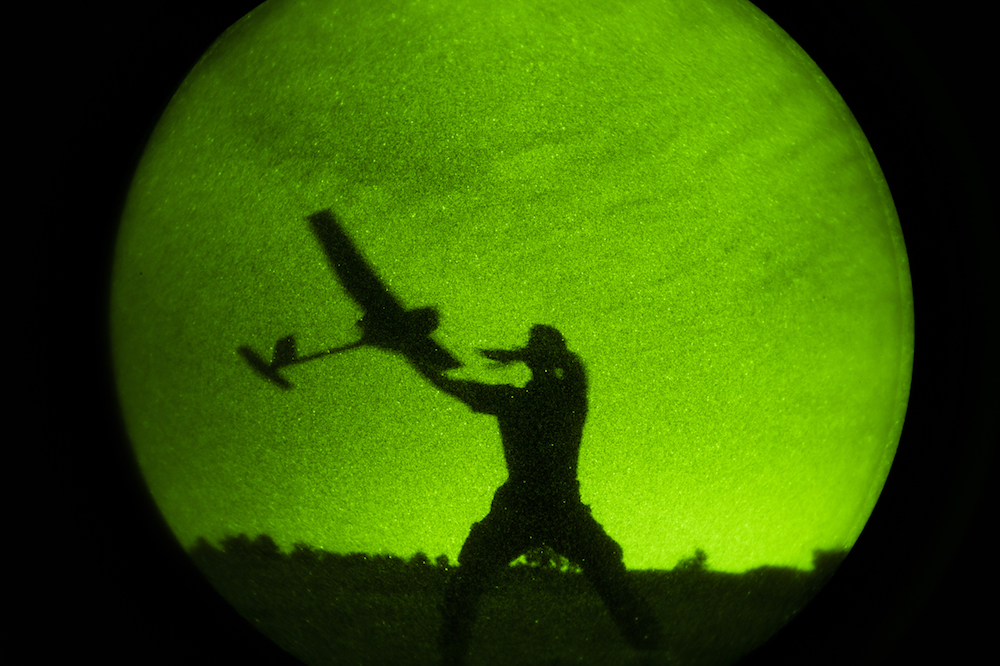 If you would like to receive the Weekly Roundup in your inbox, please subscribe at the bottom of the page.

In an in-depth article at Wired, Jessica Pishko chronicles the rise and fall of the drone startup Lily Robotics.

At Drone 360, Leah Froats uses data provided by the FAA to find out why certain Part 107 waiver requests are denied.

Also at the National Interest, Lyle J. Goldstein looks at how the race for air and sea drones could intensify competition between the U.S. and China.

At the Redlands Daily Facts, Sandra Emerson writes that a local police department’s drone program is drawing concerns from residents.

Meanwhile, at the Los Angeles Times, Maya Lau writes that a civilian oversight board is pushing Los Angeles Sheriff’s Department to stop flying its drones.

A study funded by the U.K. Department of Transport found that while airliner windshields could withstand a collision with a drone, other aircraft remain vulnerable. (Gov.UK)

In response to Transport’s report on drone impacts, a coalition of drone manufacturers pressed the government to release the data underpinning its findings. (BBC)

At Shephard News, Richard Thomas looks at how the commercial drone market continues to consolidate.

At Aviation Week, Graham Warwick contends that the development of future low-cost drones depends on the availability of low-cost engines.

Researchers at Stanford University consider whether control of a drone swarm should be centralized or decentralized. (Phys.org)

At Lawfare, Elsa Kania looks at how China seeks to leverage civilian advances in artificial intelligence for military gain.

At an Ars Live event, Lisa Ling discussed her role as a drone imagery analyst for the U.S. Air National Guard. (Ars Technica)

At the National Geographic, Christina Nunez looks at how affordable underwater drones are aiding marine conservationists.

Meanwhile, students at the University of Washington are building underwater drones to study the ocean surrounding Antarctica. (UW)

At Air and Space Magazine, Tim Wright writes that the counter-drone industry could eventually be worth over a billion dollars.

At the U.S. Naval Institute, Lt. Alex Laun argues that the Navy needs a point person to coordinate the development of autonomous unmanned systems.

At Defense One, Caroline Houck looks at the technological advances that could enable “terror drones” to reach U.S. shores.

Russian design bureau Sovremennye Aviatsionnye Teknologii has unveiled a concept for a reconnaissance and strike drone based on the SR-10 jet trainer. (Jane’s)

Amazon has been granted a patent for a system by which its proposed delivery drones scan a customer’s home upon delivering a product in order to develop product recommendations for future purchases. (CNET)

British firm FlyLogix broke a national record for the longest beyond-line-of-sight drone flight during an 80km operation to inspect structures in the Irish Sea. (The Telegraph)

Researchers at Moscow Technological Institute have developed a defibrillator drone with a range of up to 50km. (TechCrunch)

India’s Defence Research and Development Organisation has developed an unmanned tank for reconnaissance and mine detection. (Economic Times)

Using hundreds of plastic ducks, researchers at University of Adelaide in Australia have demonstrated that drones are more effective for counting birds than traditional techniques. (New Scientist)

A team from Queensland University of Technology in Australia is planning to use drones to count koalas as part of a conservation initiative. (Phys.org)

Matagorda County and Wharton County in Texas are acquiring three drones for a range of operations. (The Bay City Tribune)

The Fire Department and Police Department of Orange, Connecticut have acquired a drone for emergency operations. (Milford-Orange Bulletin)

The Philippine Air Force is evaluating the Hermes 900 surveillance and reconnaissance drone for possible acquisition. (FlightGlobal)

A drone carrying cell phones and other contraband crashed into the yard at the Washington State Prison in Georgia. (Atlanta Journal-Constitution)

North Carolina has adopted a bill that expands drone rules to recreational model aircraft and prohibits drone use near prisons. (Triangle Business Journal)

The U.S. Navy awarded Insitu a $19.6 million contract for five ScanEagle systems and support for the Government of Afghanistan. (DoD)

The U.S. Navy awarded Insitu a $3.01 million contract to integrate the Alticam 11 EO/IR Turret on the RQ-21A Blackjack. (FBO)

The U.S. Air Force awarded Northrop Grumman a $10.2 million contract for the Battlefield Airborne Communications Node, a sensor on board the RQ-4 Global Hawk. (DoD)

The U.S. Air Force awarded the University of Arizona a $750,000 grant to build autonomous drones to patrol the U.S. border with Mexico. (Photonics)

In a statement, Dassault CEO Éric Trappier said that the French-U.K. collaboration on a fighter drone will continue in spite of Brexit and a new Franco-German manned fighter project. (FlightGlobal)

A U.S. military study found that the cost of the Navy’s MQ-4C Triton program has risen by 17 percent. (IHS Jane’s Defense Weekly)